All the snow that’s been piling up in the woods here in and around Amenia has added to the maple sugar farmers’ workload. Over the past decade or so, they’ve been tubing the trees; running lengths of clear tubing from one tree to another all to collect in big tanks at the terminus. 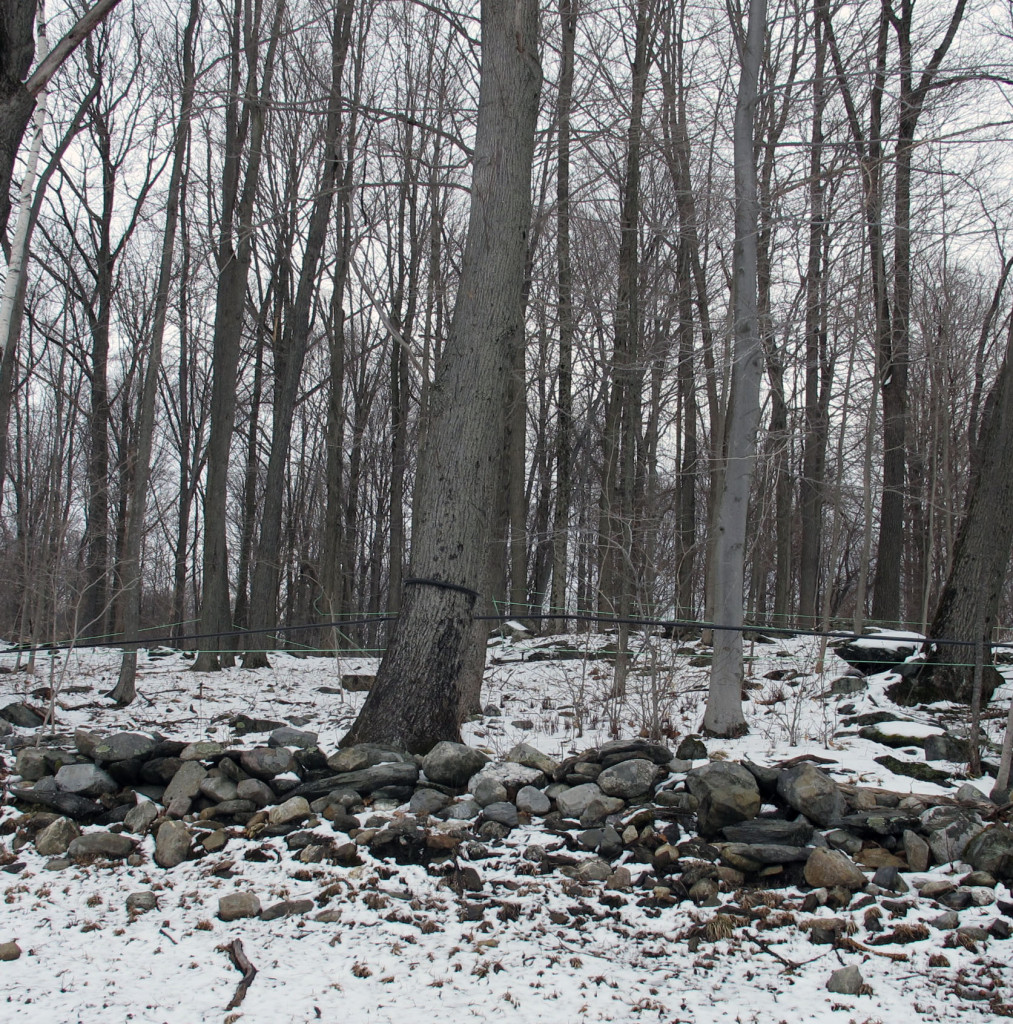 But this year with snow remaining three or more feet high, there’s no way to get into the woods to set the systems up, or adjust them. Some of our local sugar farmers are resorting to the old spike and pail method–snowshoeing their way in, drilling, spiking and hanging them good ole sap pails. We’ve even heard the maple is overflowing. Sugar farming is very unpredictable, like the weather–ha, ha, and comes with its own window that opens then closes shut.

Most local sugar farmers are just starting to boil now, mid March; one said it was the latest start he’d ever witnessed. Usually up here in the Oblong Valley the sap flows from January and ends about March, but when the maple flow starts late, generally it ends late. A frozen layer on the ground can insulate the tree and prevent the buds from forming which is the clear signal to stop drawing sap. That buddiness is what detracts from the taste of the maple syrup. Cold never bothered those old maples–it’s the rain that will hamper the flow. I take that back about the cold–What they need to emit an abundant harvest–after all you need 30 gallons of sap to make  a gallon of finished maple syrup–is the weather we have right now, the freezing nights of about 20 degrees F and warmish days of about 40. For the sake of the maple syrup we cherish in our B’n B, let’s keep the cold going for a while. (Though I’ve just about had it with these freezing nights!)

For more information on Maple Syrup, see our Blog from March 27, 2014. And if you read this early enough, you can still catch the Sharon Audubon’s Maple Fest going on this Saturday March 21st Adults $6 and children $4–can catch a guided tour leaving every hour or so, that finishes up at the boil room. I’ve done it myself and I learned a lot about maple sugaring. It’s just across the border into Connecticut, about 15 minutes away. They suggest you call ahead to see if they’ll be boiling…Go to their website at sharonaudubon.org