I recently heard a radio interview of an author who’d just written a book about maple sugaring. That’s a topic near and dear to B&B owners in the Northeast given a propensity for pancakes and French toast. Here are some of the interesting things I gleaned.

That’s a bummer. Unfortunately anything that good seems susceptible to getting roped in, controlled, doled out and makes me want to move into a grove of maple trees and make my own. But…

One of my friends was diagnosed with a kind of “fatigue syndrome” some years back and her nutritionist took her off all white foods—flour, sugar, pasta, rice—and told her to use only maple syrup as a sweetener. She got better, and she got very inventive with her maple sweetening. True maple doesn’t cause those spikes in glucose levels like most other sugars.

Of course, none of this has anything to do with artificial maple syrup of the Log Cabin type, which is mainly high fructose corn with maple flavoring. After this frigid winter, the maple season is not projected to be that great. The sap has yet to flow steadily—to do that, it must maintain 40 degrees in daytime, 20 degrees at night—and the weather doesn’t make it likely that pricing will get better. The narrow window of time between ideal sugaring weather and the budding of the maple leaves, which detracts from the flavor of the syrup, can get reduced greatly in a year of late storms like 2014.

Down the road in Dover, Madava Farms, the home of Crown Maple Syrup, opened as we reported back with our Red Chair sagas; their website touts 100% Certified Organic Maple Syrup.  It’s a remarkable operation; the site is worth checking out. 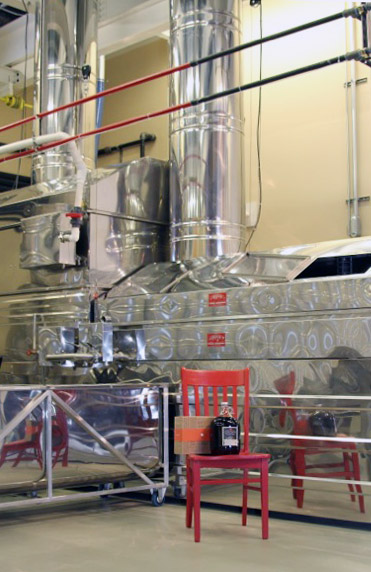 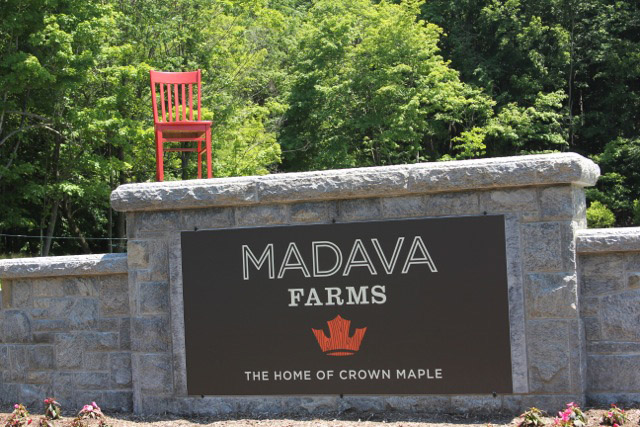 Here’s a quote from their site: “Visit Madava Farms on weekends to sample the week’s fresh cuttings for lunch in our selection of fresh sandwiches, grilled panini, composed salads, hearty soups, maple baked goods and specialty desserts.” They’re open 11am to 5pm most Saturdays and Sundays.

Oh, and by the way, it is officially spring in this hemisphere. Will someone tell the Big Guy?